It’s quite been a while since my last update. However, there are good reasons for this as I have been super busy. 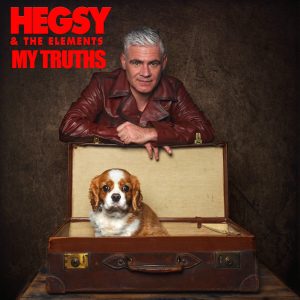 I’ve finally released “My Truths” and you can live stream it on the usual platforms or buy a physical copy from the store on this site. The CD comes with great artwork and booklet which includes the lyrics for each song.

Writing and recording this record has been a rollercoaster– I’ve poured my heart and soul into each song.
Creating music helps me to heal, process and reflect. Whilst many songs are from a dark place, I use that emotion to create something uplifting and work hard not to make songs insular as each song is deeply personal. We all face issues daily and I am grateful that I’m able to write to release and hope some of these songs resonate with you and, of course you enjoy them!!
The musical sound has been described as Anthemic Celtic Americana which works for me… it seems everything needs a label/tag these days!!
In truth, I have taken the best bits from the music I love (Country, Americana, Southern Rock, Soul, Gospel, Folk and Pop) and thrown them all together into a sound that I like. I love the story telling and authenticity of Americana, the passion of soul and the melody of country and pop.
I’m a very proud Welshman who loves choral harmonies together with the passion and emotion of male voice choirs that always bring me to tears – it’s a Welsh thing!!!

The Choral element of the sound is something I intend building on so watch this space…..!!

I’m particularly proud of “My Country” which features The Shabby Road Male Voice Choir and hope this song will inspire the Welsh Rugby Team to do well at The Rugby World Cup in Japan this month. Good luck to all the other teams too!!

With the surname Hegarty you’ll not be surprised of my love of traditional Irish Folk Music. I love the melodies, the stories, the passion, the truth – the fiddle!! A few years back I was in Galway to welcome in the New Year in and it left it’s mark on me. They say when you visit Ireland it will live with you forever. The West Coast of Ireland is beautiful and Galway is the Nashville of Europe!! There is Music is everywhere – amazing people, some great bars and incredible musicians – wonderful times!!

Al Steele, who produced the record, and co-wrote “Oh Sonni“, “The Apple of My Eye“, “My Country” and “Goodbye“, introduced Heulwen Thomas into The Element family. She is one of the most respected fiddle players in the UK and Heulwen’s playing brought new light to these songs. From the bluegrass fiddle of “Need To Know” to the rip rawing melody of “Oh Sonni”, the style is distinctive and an integral part of this record. “Rising Strong” is one of my most personal songs and when I heard Heulwen’s fiddle parts for the first time it brought me to tears.

We also recorded a version of INXS and Jimmy Barnes’ “Good Times” on this record taken from the “The Lost Boys” Film Soundtrack having performed the song with our friend Gavin Sheppard at the Roath Rocks event in Cardiff last year.

The Album had a lovely review from Americana UK who have been very kind to us. Take a look: 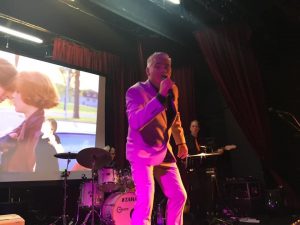 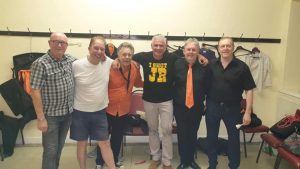 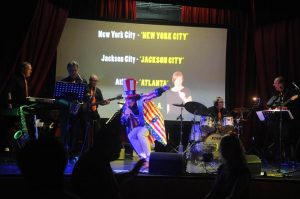 In July, Inhale The Music, an organisation that raises funding and awareness of Cystic Fibrosis in Wales by putting on live music events, organized a show at the Paget Rooms in Penarth.

Along with some brand new Elements, we performed a show playing music of films from the ‘80s. The event was fully signed so that deaf and hard of hearing could also enjoy the show. This is something I would like to pursue further in the future so, once again, watch this space……….

It was a great night and we raised a stack of cash for The All Wales Adult Cystic Fibrosis Centre.

Writing and Performing with Gavin Sheppard

I’ve been working hard with my friend Gavin Sheppard this summer. Gav has a fantastic voice and is an incredible performer and was kind enough to let me write and produce 2 singles for him this summer.

We shared vocals on “Good Times” (Track 10 My Truths) is an INXS / Jimmy Barnes Cover from “The Lost Boys” Film Soundtrack. He was also kind enough to join me on stage for the Your 80’s Live Show.

Gavin Sheppard has HIV and is an ambassador for The Terence Higgins Trust. He talks openly the condition and is passionate about campaigning for wider public knowledge and better awareness. His energetic zest for life is contagious and it was a joy to work with him. Gav explained to me that a daily single tablet controls the condition making it impossible to pass on and went on to share how the lack of education and public understanding can make life and relationships challenging when deciding to share something so personal. Do you wait to fall in love and then tell? Do you discuss on a first date? What will the reaction be? This is the premise of song.

“You Make Me Want To Live”

Last year a friend of mine asked me to write a song telling his wife how much he loved her for a wedding present for his wife. I wrote and recorded the song with Al Steele whilst recording My Truths. It transpired that Gavin was great friends with both the bride and the groom and he kindly agreed to record the song.

As a huge surprise to the bride we performed the song at the wedding. As Vinnie Jones would say “…it was emotional!!”. Here’s a link to a mobile phone recording of the performance.https://www.facebook.com/Hegsyandtheelements/videos/454633188470629/

And here’s a Link to Gav’s single:

For the 2nd year running I attended The Black Deer Festival in Kent this summer and once again was overwhelmed by this fantastic festival. Such a great event!! Highlights for me included Kris Kristofferson, The Mavericks and an acoustic set by the incredible Mike Farris…man what a voice!!! Congratulations to Debbie and Gill for organising such an incredible festival.

See you next year!!

So let me wrap up by sharing that I have been working hard on a brand new live show which I hope to unleash in the foreseeable future. I’m currently putting the final touches to a live show where I sing intimate versions of songs from My Truths, The Rumble alongside some new material alongside with some surprise thrown in with just live piano and fiddle. I’m really excited by this and will post further details very soon.

Thanks for reading, listening and of course for your continual support. 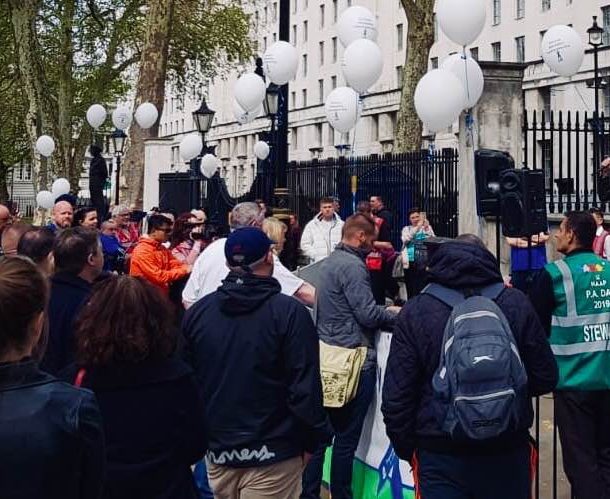 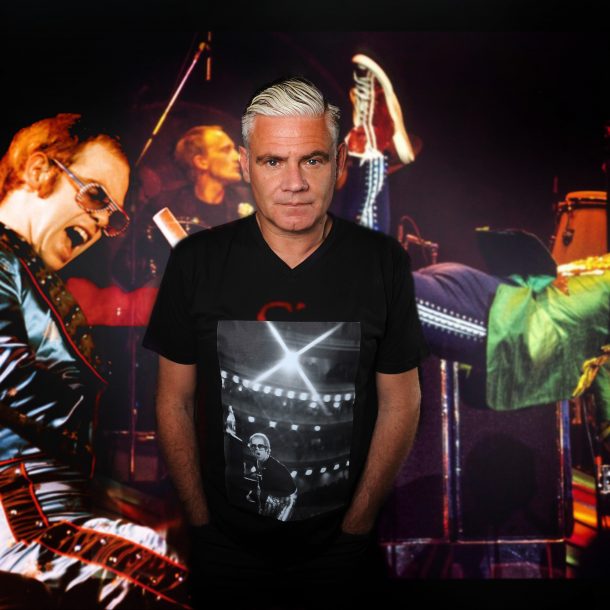 My life with Elton John
Next Article